International Women’s Day may be just around the corner, but here at Cotton On Foundation, we’re for girls all year round. So we’re shining a light on certain girls and women who inspire us every day. Cotton On Foundation’s very own Finance Manager, Luci Lesic is a career woman who balances life as a mum, which has come with her own fair share of tough choices. 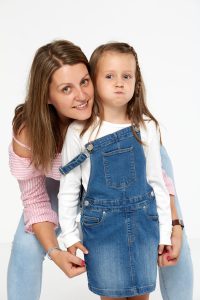 Growing up on a small island in Croatia, Luci has always been passionate about education as her way of gaining independence. With supportive and encouraging parents, Luci spoke to us about how grateful she is to have had the opportunities she has, which is reflected in her passion and work in developing quality educational places around the globe for children who otherwise may not.

Luci grew up on a small island with limited schooling options. “When I was ready to go to High School, my parents who sacrificed a lot for me, rented an apartment in the city where I lived by myself and attended a math based school. I have always liked numbers, it was always my forte.”

“I am not someone who has a natural ability to learn really quickly, but I was always curious. I have always felt that if I’m studying, my life will be better in the long run.”

Following school, Luci begun studying at University in Croatia to become a Math Teacher. At the age of 20, with the support and encouragement of her parents, Luci decided to make the move to Australia “to see what life could be like on the other side of the world.”

Arriving in an unfamiliar country as a young female, with English as a second language, Luci arrived with no job.

“When I came here it was a bit of a reality shock. All of a sudden, I had to work hard and pay my way. I took on any kind of job until I worked out what I wanted to do. I held a variety of jobs around the Geelong area, sometimes three or four at a time. I’ve probably worked at every pizza shop in the CBD and I also worked at St John of God in the theatre rooms. I assisted with sterilizing and cleaning. That is when I decided I was a lot more passionate about my education than what I thought I was.”

After the small hurdle of applying for University in Warrnambool thinking it was Werribee and “30 minutes down the road”, Luci was accepted to study Business and Accounting at Victoria University.

“During my studies I was offered a job at CSR in their sugar division. I can’t believe they gave me a chance. It was a fantastic opportunity for someone who was still studying. I had great mentors and leaders that I was able to take with me. I stayed there for about three years and started my CPA. From there I moved to Specsavers and I was in an accountant type role there.”

“It was after having my daughter Grace that I decided I no longer wanted to travel to Melbourne and found a new role within the Cotton On Group. This was five years ago now, and I actually at the time thought I was taking a step down to work for a local company in a 9-5 role.”

“I went back to work when Grace was 11 months old. I started here at Cotton On and immediately bought into the culture. I moved from an accountant role into a senior accountant role. After about a year, there was a job with Foundation as Finance Manager. It was a new role and I jumped on the opportunity. I am so glad I did!”

Being part of the Cotton On Foundation for two years now, Luci says “I have learnt so much and we as a team have changed and evolved so much. It has been a fantastic journey both personally and professionally.”

When speaking about exposure to gender inequalities, Luci said “I don’t think I was aware of any gender adversity until I was into my mid twenties when I started thinking about having a family, what my role in my family was and what I could achieve while being a mother.”

“I think I speak on behalf of a lot of women when I say that you feel damned either way if you do go back to work or stay at home after having a child. I was lucky enough to have a whole gang of support behind me including my partner and his family.” 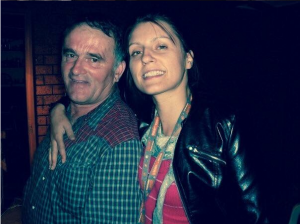 “For me the challenge is finding that balance and being comfortable and confident in my own choices. I think because my Dad has always encouraged me I don’t think that I ever thought that as a girl I had any less opportunity. But these challenges became real to me when I had to make choices in motherhood.”

When talking about balancing being a working mum, Luci explained that she always thought that she would be a better parent if “I were out there doing what I love and creating my own path in terms of my career.”

The ever inspiring Luci spoke highly of the importance of independence, and her hope for her daughter Grace’s future.

“I like being independent, I like feeling strong and being unapologetic for what I am. I love being comfortable in my own skin, but let’s say it was a journey getting to this point.” 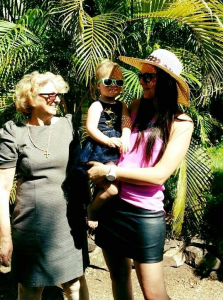 “Whatever choices we make as females, I like to think we are finally making them because we want to and not because that’s what the society told us to do. We are so lucky to live in the time that we do because you can really see a shift.”

“The choices I have today are much better than what my mother had and hopefully Grace will have even better choices than what I did. One thing that I would love for my daughter is to really find herself without a relationship defining her. I really think that the journey to that independence is getting that education and not just through formal education, but also challenging herself to always be open to learning in different ways – it doesn’t matter.”

As Luci goes to complete her Master’s in Business Administration, she left us with a final thought,

“do something, take action and find something fulfilling. Be fierce, and unpack what that looks like for you. I don’t want to push my daughter into anything; I am just trying to inspire her.”