International Women’s Day may be just around the corner, but here at Cotton On Foundation, we’re for girls all year round. Now, more than ever there is a call-to-action to #pressforprogress. So we’re shining a light on special girls and women we’re inspired by every day. 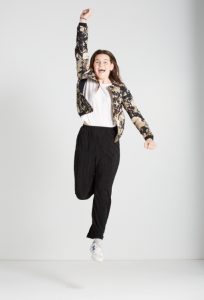 We had a chat with the youngest member of the team in Geelong, a girl who in just 19 years of living, has probably achieved more than some people would in their whole life. Lily Mithen balances her role at Cotton On Foundation with her not-so-secret life as an AFL football player, alongside many other commitments and is a role models for young girls who follow in her path.

Lily, tell us a little bit about yourself and how you came to work for COF.

My name is Lily, I am 19 years old and have been at the COF for just over six months. An opportunity came up to join the team and I had to say yes, knowing of the amazing work they do. I’ve loved being in an environment where everyone is working towards the same goal, that goal being changing lives and making the world a better place.

Tell us about your AFL career, how did your career and love for AFL start? 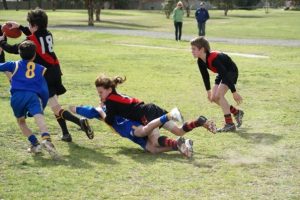 Lily in her junior footy years

I got drafted to the Melbourne Football Club just over 12 months ago and have absolutely loved being part of the club. In the first ever season of the AFLW league, my debut was round one. From there I played all seven games, helping the side to finish third on the ladder.

My love for the game began as a child. I’d always be waiting for the weekends to come around so I could cheer on the Tiges with my family or kick the footy in the backyard with my friends. I started Auskick at around five years old and played with in the boys competition until I was 14. From there I had to transfer into female footy where I was given great opportunities to play at the highest level possible, which enabled me to get drafted in 2016.

Were there any challenges you faced along the way?

Growing up, the boys competition was my only option. I was the only female playing in Geelong for my age. This obviously meant I was the odd one out, but that never really phased me. It was often the parents on the sidelines that I would cop flack from, not the boys I was playing against. Boys would often say, “Sorry I don’t want to hurt you”. But when they saw I could actually play their mindset changed. However, I have memories of parents yelling out, “Don’t let a girl beat you”. It never bothered me because I knew people just didn’t understand.

What does playing AFLW, particularly in its inaugural year mean to you? 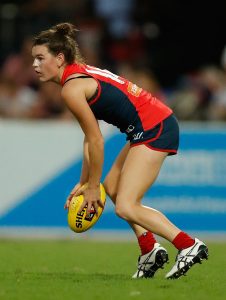 When I was 14 and was too old to continue playing in the boy’s competition, I thought I’d have to quit footy and play a new sport. At that point in time I didn’t even know women’s footy was a thing. That was only six or seven years ago, it’s awesome to think that now it is a well respected league by a whole nation. I guess knowing that I played some part in that is pretty cool. I always said that I’d be the first female to play in the AFL, rather unrealistic given I’m only half the size of any men’s player but being able to pull on an AFL jumper and play the sport I love at the highest level is something pretty special.

Can you tell us about the impact that education has had on your life?

I always loved school, with education being a massive part of my life. I will no doubt continue to learn, grow and develop in all aspects of life. But education for me has played a massive part in what I’ve been able to achieve thus far. I’ve been lucky enough to be exposed to a high level of quality education which has given me the skills to live life freely.  Learning to read, write and communicate at a young age is taken for granted here in Australia but truly is a skill that all individuals should obtain regardless of their situation. That’s why I love seeing the work we do and difference we make here at Cotton On Foundation over in Uganda and across the globe as we deliver quality education to all students.

Do you think as a girl growing up in Australia you faced more adversity or challenges than that of the males?

I definitely faced some challenges growing up a female playing a male dominated sport and I know for sure I wasn’t the only one. Gender inequality in Australia is present but we were starting to see a positive shift. I’ve seen a lot of girls stop playing sport because they didn’t feel comfortable or simply because they didn’t have the opportunity.  Now young girls are beginning to see female role models in the media, in real life and its having an impact. When I was younger I didn’t particularly have that and to think that young girls can look at me and my teammates and see that pathway is pretty special. 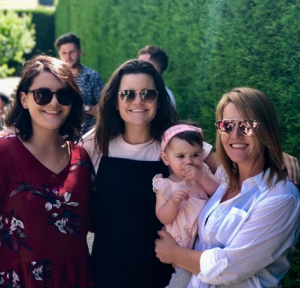 Who are some women that have inspired or influenced you throughout your life?

My mum has had a massive impact on my life. She is such a loving, caring and driven woman who has been a phenomenal role model for me and my siblings. Mum created a beautiful environment for us to grow up in whilst also running a very successful business herself. She’s taught me how to live life with goals in mind and shown that hard work overrides talent. She has challenged me to be the best I can be and she has always been there. Mum certainly knows how to laugh, mainly at her own jokes but she has been a major support in everything I have chosen to do.

If one day you had a daughter, what advice would you give her in overcoming any potential gender inequality she might face in her life?

If I had a daughter I think I’d promote the message to be comfortable with you are. I think a lot of women and girls cover up who they are to be like someone else or who they think they should be. It’s important to showcase your own strengths and there is an element of beauty with people who are proud to be themselves.

How important do you think it is for girls in your community to receive an education and why?

It is so important for girls to be educated, so that they can have the ability to be independent. I think all females need the freedom of being themselves, and with an education, that’s possible. An education can create better living opportunities, without the dependence on men! 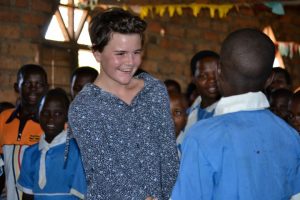 As a woman who has achieved great things both on and off the footy field, what advice would you give to young girls in school?

To surround yourself with good people and believe you can achieve what you set out to. And to laugh, if you don’t laugh there’s no point – you’ve got to have fun!

In your role within Cotton On Foundation, how are you inspired by the women who work around you?

There are so many amazing women here at COF that are truly changing lives and creating a difference to the world. The most inspiring thing about that is that they are just like me and you, normal people but have extraordinary heart and drive to make the world a better place. Surrounded by people like this has changed the way I go about my daily life and make me appreciate the little things. They have also been great role models to show that no matter your gender or where you’ve come from you can have an impact and you can be in your dream job.

Tell us about your visit to Cotton On Foundation projects in Southern Uganda. What did that mean to you? 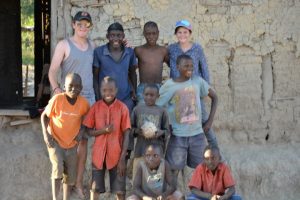 I went to Uganda in 2011. It was an incredible trip and one I will remember forever. I was able to travel to Mannya with my whole family. As a young person, the biggest thing I got out of that trip was how happy these people were despite certain hardships. They were so grateful for our presence and just so excited by the littlest things. I often think back to that experience and realise how lucky I was, helping me to put context to the world I live in and realise that when you’re having a bad day or your phone isn’t the latest edition, that things are not that bad. I loved my experience in Uganda, and has made my job here at COF relatable and enjoyable. I saw Mannya in a much different state than what it is in now, it’s awesome to see how much work the team have done and how much of a

difference our customers and team members have made. It is really rewarding and so proud to say I work with an organization like COF who truly make the world a better place for so many women around the world.

Lily is an amazing role model for young girls and is paving the way for many. We’re so proud to have Lily as part of our team and can’t wait to see where she goes and how she continues to inspire others in the future.