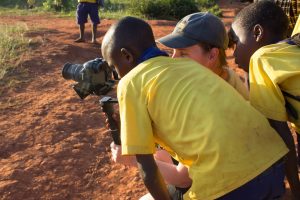 Ever wondered what it’s like to visit Uganda? Or how the Cotton On Foundation manages to collect all of their images, videos and interviews directly from our global projects?

Our amazing team of videographers, photographers and content producers have spent time travelling to our projects across Southern Uganda, Thailand, South Africa and Australia building relationships among the communities and retrieving the best stories from the people themselves to bring back and share throughout the wider Cotton On Group and it’s customers!

The most recent content based trip saw three Cotton On Group team members travel to Southern Uganda, all the way from our Global Support Centre in Geelong.

Matt (Cotton On Group film maker), Tom (Cotton On Group Video Producer), and Montana (Cotton On Foundation Communications Manager) spent a week in Southern Uganda filming, shooting and interviewing as many people, places and moments they could get their hands on. 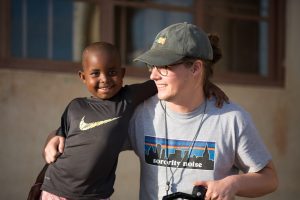 Tom with one of Nestus’ nieces at the guesthouse.

For Tom, who hadn’t stepped foot in this part of Africa before, in any single moment, something would happen which reminded him he wasn’t in Australia anymore. Despite 30 hours of travelling, Tom joined some of the team onstage to dance and recalls, “Fr Nestus approached me while we were dancing and shouted, “Welcome to Mannya!” I was then handed a warm African beer and knew that everything was going to be okay and that these people were going to look after me.” 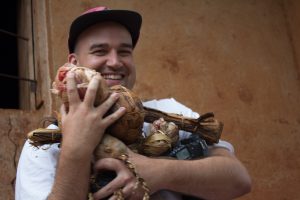 Just after the kinder kids at Busibo showered the team with handmade gifts.

For Matt, each visit his passion for what is evolving in Southern Uganda grows, saying he “loves seeing how the communities have evolved and how, slowly they’re receiving necessities of which we often take for granted.”

Montana recalled that “being out in the field, interviewing students, teachers and locals was definitely my favourite part of the content trip, because everyone has a story and I love a chat! This particular trip took us to each school we partner with in Southern Uganda, including new areas we’re looking to start work in.” 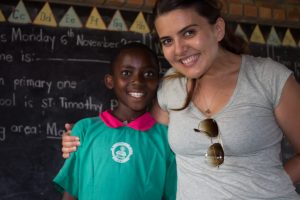 “Seeing a school in the ‘before’ stage is not only eye-opening but also so inspiring because you just know how incredible it will be when it’s complete. You can’t help but picture that first day when the kids walk in to their new school that they so deserve”.

“We say ‘life-changing’ a lot but I promise you, it truly is.”

Montana spoke about the highlights of her trip, one being the moment she met with the inspirational head girl at Namabaale Secondary School, Violet. “She was such an inspiring, articulate and motivated young woman and in my eyes, the poster girl for #girlpower – I will never forget her!” (Stay tuned to all of the Cotton On Foundation channels for when we publish her story). 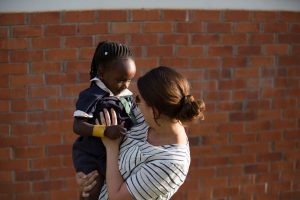 Montana and her little friend, Sofia.

Another highlight for Montana was seeing a young boy named Rogers once again. “I’d met him on a previous trip and his story of receiving a life-changing bike really stayed with me.” (You may remember Rogers from the photos and videos of our Gifts that Count Bike pin!) “When we saw each other it was hugs all round and he was stoked to see his photo on packaging.”

Among all of the amazing stories and moving moments, Montana mentioned that there was always time for a little fun, which often takes form in the way of a mishap. “Some of these ‘fun-mishaps’ included; a few muddy falls, an incident with a bat (hilarious), being bombarded and pretty much taken down by thousands of kinder kids and then there was that time that Father Emma decided to be brave and cover his pineapple in chilli dust… He jumped up from the table and we didn’t see him until the next night (for the record, we did try to warn him).”

Although the three team members were able to experience Uganda and all it offers, their visit was based around work and capturing ra 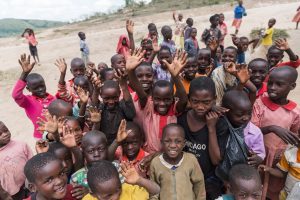 w imagery and footage, but the job is made easier thanks to so many smiling faces and the beauty around them.

For those in the community who had never seen a camera in their life to those who had Cotton On Group team members many times before, the smiles were always just as big.